Geoff is one of Australia’s leading authorities on venomous snakes. An interest in the natural environment and wildlife which started when he was a boy, has been a lifelong passion. Geoff has been teaching people about venomous snakes since 1971.

The Australian Herpetological Society’s interview with Geoff Coombe about his new book ‘Working with Snakes’.

Geoff with a Brown Snake.

Usually this has been when cargo has been unloaded at the wharf or one of the country’s transitional facilities. Often it has not been possible to identify a snake to species level due to insufficient information or the poor state of the specimen.

In New Zealand, the situation is unique as a snake catcher may infrequently be called out to locate and catch a snake that could represent a wide variety of species. Over the past 100 years, snakes have entered the country from Australia, USA, Canada, Panama, Guatemala, Ecuador, Chile, India, American Samoa, Solomon Islands, Vanuatu, Fiji, Papua New Guinea, Japan, China, Hong Kong, Taiwan, Thailand, Malaysia, Vietnam, Singapore, Indonesia, Greece, Italy, Sweden, Cameroon and Spain.

Snakes found have included various Australian venomous snakes, in addition to boas, pythons, colubrids, pit vipers and blind snakes from other countries, many of which have been located alive “post border”. New Zealand government policy is that all snakes caught must be euthanised as soon as possible after detection.

The Ministry for Primary Industries (MPI) is the lead government agency in New Zealand responsible for biosecurity. There are detector dog handlers, incursion and enforcement investigators, entomologists, herpetologists and quarantine staff – that have been trained as snake catchers in Adelaide since 2000 – situated in important NZ locations (offices, airports, ports) so that they can respond to a snake call out at any time.

As of November 2018, there are over 20 MPI staff trained as snake catchers. They are based in Auckland, Mt Maunganui, Nelson, Wellington, Christchurch, Dunedin and Central North Island. Some staff have been to South Australia for training on up to six occasions.

The Ministry for Primary Industries keeps an extensive database of organisms that have been intercepted entering the country, including 66 species of snakes from 8 families. While colubrids have been the bulk of snakes found (52% of interceptions), venomous species from various countries have been discovered.

Indeed, in 2014 it was reported that years before, Lowlands Copperheads had been seen in Grey Valley on the West Coast of New Zealand.

The suggestion was that snakes had been taken to New Zealand from south-eastern Australia by gold miners over 100 years before. The report by Dylan van Winkel, contract herpetologist, effectively negated any chance of snakes having become established over that period of time. A small Lowlands Copperhead was discovered in a shipping container at Palmerston North in July 2017.

Concerns for NZ snake catchers are not restricted to knowing what species or type of snake they may have to catch (elapid, viper, colubrid, python etc) or if it is venomous or not. At the back of their minds will be the “what ifs” – if someone gets bitten, by what species and what to do. Only polyvalent antivenom is available in New Zealand for Australian species and there may be concerns about pathogens carried by snakes from virtually anywhere in the world.

The fact that most snakes entering the country are small to medium in size is little comfort, as that can make them harder to find, possibly harder to catch and smaller snakes don’t necessarily mean they are less dangerous, e.g. consider death adders and some vipers.

Another of the concerns for MPI is the potential for a gravid Tiger Snake or (Australian) copperhead to arrive alive and not be found before young are born. As both species are found in similar latitudes to New Zealand they could survive, as could the young (in theory at least). There could also be enough food by way of local lizards and frogs and for larger snakes, plenty of mice and birds.

New Zealand does have native snakes: marine elapids are swept ashore periodically. For example, in May and June 2016, three Yellow-bellied Sea Snakes were washed up on a Taranaki Beach. These encounters are a natural occurrence but still make the news in the country due to their relative rarity. When found they are normally returned to the ocean. 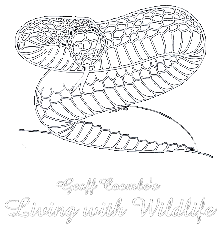